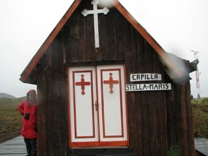 We have already seen several testimonies by the presence of buildings set up in honor and devotion of Lord and Mary the Virgin, in Antarctica and Sub Antarctic Territories.

A small rustic wooden Chapel Stella Maris “Star of the Seas” belonging to Mar’s Mayoralty of Cape Horn, is another sign of devotion in the Antarctic territories. It
lies near the light keepers house, its doors open for those who wish to
pay their respect to all the seamen who’s lives were lost in these
waters.

It is in fact  dedicated to those captains and crews from all over the world, who have made the long journey around Cape 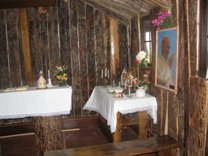 Horn, and who have lost thei 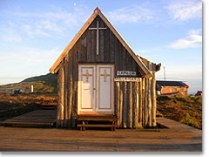 r lives down there.

Cape Horn is widely considered to be the southernmost tip of South America, on Horn Island, one of Chile’s Wollaston Islands, which are part of the Tierra del Fuego archipelago. The Dutch navigators Jakob Le Maire and Willem Schouten were the first to sail through Cape Horn, in 1616 (died 1625). Schouten named the point “Cape Hoorn” after the town of Hoorn in Holland, where he was born. Cape Horn is located on Isla Hornos, the most southerly of the Hermite Islands. 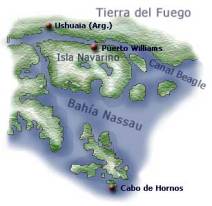 Tierra del Fuego is separated from the South America mainland by the Strait of Magellan.

Horn Island 55°59′00″ South, 67°16′00″ West, marks the northern boundary of the Drake Passage the strait between South America and Antarctica, it is notorious for its storms and heavy seas.

The cape lies within Chilean territorial waters, and the Chilean Navy maintains an operational  station up there.

This
report is part of the huge documentation collected by WAP in support of
the project to build a Chapel at the Italian Base MZS in Antarctica
…God willing! 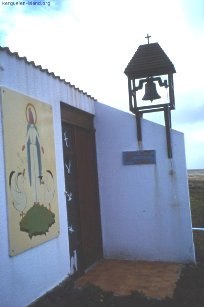 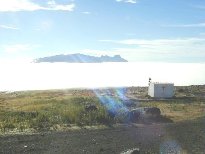