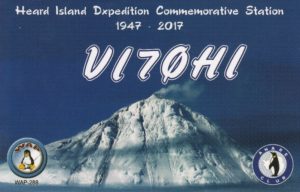 Thanks to  Charles R. Wilmott, MØOXO for his excellent QSL service.
Cards for two special events to commemorate the Macquarie & Heard’s  7Øth Anniversary  have been received and did enter in the WAP showcase

VI7ØHI (WAP-288) is a Special Callsign issued to Commemorate the first ANARE Expedition to Heard Island in December 1947.

VI7ØMI (WAP-293) is a Special Callsign issued to Commemorate 70 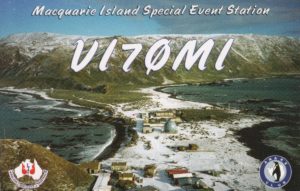 years of ANARE (Australian National Antarctic Research Expeditions) for Macquarie Island, which since 1947 have served Australia in the south polar regions.

Thanks the VK operators for putting both calls on the air, thanks MØOXO for his QSL service and thanks the Antarctic chasers all over the world for following the history of the Icy Continent … through the QSLs!