Are you a student? A keen Antarctic enthusiast?  An heater  Ham Radio operator? 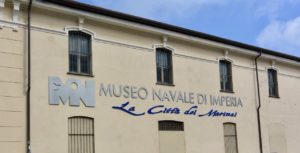 Well, the city of  Imperia  by the Ligurian Riviera (Italy)  is waiting you next  September 11, 12 and 13  2020  at the International Naval Museum of Western Liguria .

The International Maritime Museum of Western Liguria is an important museum of maritime history of the city of Imperia.
Established in 1980 by the commander Flavio Serafini , formerly known as the official hydrographer at the Hydrographic Institute, covers an area of about 700 square meters divided into 14 rooms,  one of which, preserves the Swan RTX , and the original walkie talkies operated on 27 MHz to keep in touch the expedition members with the Base camp on 1975/1976 first Italian expedition to Antarctica by Renato Cepparo who built  the Giacomo Bove Base, the first scientific   Italian Station on the Icy Continent.,

We thanks Flavio Barbiero for having published on his website, several further details about Cepparo’s expedition to Antarctica and the subsequent “Antarctico Due” expedition. 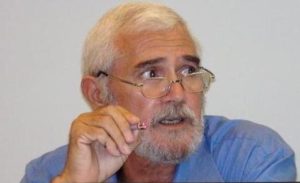 Flavio Barbiero (pic aside) lives in Italy. He is a retired Admiral in the Italian Navy who last served with NATO. In addition He is an archaeological researcher in Israel as well as the author of several books, including “The Bible without secrets” and “The secret Society of Moses”.

In his website, Flavio Barbiero describes the First Expedition to Antarctica by Renato Cepparo, with rare pics.

We also suggest to read “The Expedition Antartico Due”. Even if it is not yet translated, the narrative gives more details of the too little known Italian epic in Antarctica.