ISEA is a multi-disciplinary, multi-institutional program conducted every year by the Union Ministry of Earth Sciences, started in 1981. It has gained global acceptance after India signed Antarctic Treaty.

Subsequently, India had constructed Dakshin Gangotri Antarctic research Base (WAP IND-Ø1) in 1983. It was superseded by the Maitri Base (WAP IND-Ø3) from 1990, 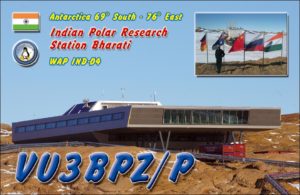 f Bharti Promontory.
Ice Breaker, I/B Vladimir Ignatyuck and the main expedition vessel were deployed during that season; on the year 2011-12 the Station has been completed and commissioned to carry out scientific activities involving various disciplines like, Earth Science, Biological Science, Atmospheric Science, Engineering and Medicine.

The first Ham Radio contact with Bharati Station was made on 27 Aug. 2012 and the operator was Bhagwati Prasad signing VU3BPZ/P

On Nov 27, 2018, the Launching ceremony of XXXVIII Indian Scientific Expedition to Antarctica (ISEA) and Briefing lectures to the Fourth Batch of members has been held at Seminar Hall, NCPOR. Dr Rajesh Asthana, Deputy Di 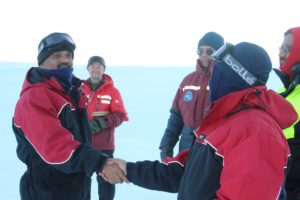 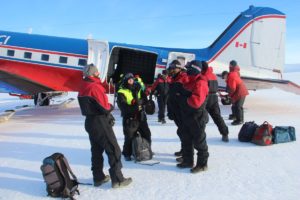 Mr. P Elango  (pic to the right) is the  38th ISEA Leader at Bharati Station WAP IND-Ø4), Antarctica, but as far as we know, no Ham radio operators are among the personnel down there!