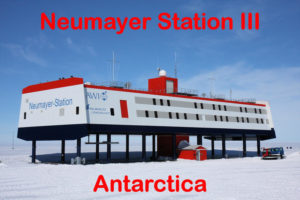 The next operator at DPØGVN for the wintering season 2020 will be Roman, HB9HCF. He plans to be active on QO-100 satellite;  not sure about HF yet.

Roman is a new operator, he has taken his license so that he can use  QO-100 setup at Neumayer III. Felix (DL5XL) will introduce him to HF for sure, and even if  he has no experience at all,  let’s hope he will find  amusement and interest in Ham Radio activity from Antarctica!

Felix Riess DL5XL (pic aside) will also be active as DP1POL in January and February 2020, mainly HF CW with some digimodes and QO-100 activity.
No other activities from  rare locations nearby are preview for this season but … never say never!