Base Aérea Teniente Benjamín Matienzo, or more often Base Matienzo or Estación Matienzo (WAP ARG.Ø1) is an Argentine Antarctic Base and scientific Research Stationlocated in Nunatak Larsen, one of the Foca Nunataks, in Graham Land, Antarctic Peninsula. 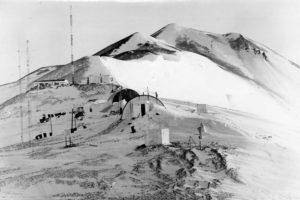 It was named after Lieutenant Benjamin Matienzo, an Argentine aviation pioneer.

As of 2014 Matienzo is one of 13 Research Bases in Antarctica operated by Argentina. From 1961 to 1985 it served as a permanent base; since then it is open during the summer season only.