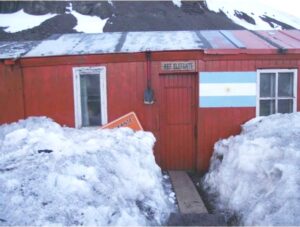 Rifugio Elefante is an Antarctic refuge located in the ice-free area at the foot of Fourcade glacier (62° 15’ 18″ South, 58° 37′ 56″ West) is located about 1000 mts from Punta Stranger,on the Potter peninsula of King George Island.

The refuge is a construction of 25 m², used from March to October by research groups as a resting point. 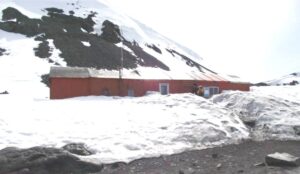 stepped on the Antarctic, did install on the site, an autonomous system that would provide energy to the “Elephant Refuge” located 2.6 km northwest of Carlini Base (WAP ARG-2Ø) of the Argentine Antarctic Institute.

Being Rifugio Elefante  WAP ARG-NEW, we hope someone in the near future can activate it on Ham radio HF bands!