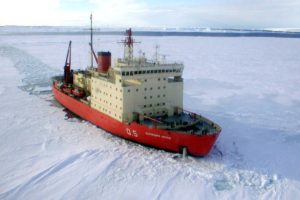 After 10 years, the icebreaker ARA Admiral Irizar returns to Antarctica. It has been  add to this Campaign that will be extended until the beginning of April 2018 with a schedule in which ships, aircraft and helicopters, will coordinate the movements in accordance with the unstable Antarctic climate and the glaciological conditions that fix the “windows of opportunity” to access some of the thirteen Argentine bases on the white continent (six permanent and seven transitory). The mission is to carry out the replenishment of the bases, the withdrawal of waste and replace the staff personnel.