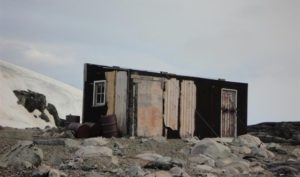 The Hut (67° 32′ South,  67° 12′ West) was built in 1957 and used as a satellite and advance base for survey and geological parties for personnel based at Horseshoe Island Station “Y” (WAP GBR-14). It was also used by parties from Detaille Island  Station “W” (WAP GBR-26) and Stonington Island Station “E” (WAP GBR-Ø5). The sea ice around the island had proved unreliable during the previous two seasons, limiting the amount of sled travel and survey work that could be carried out from base. 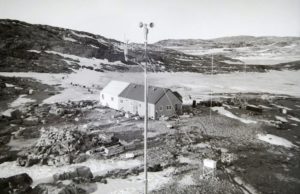 designated as Historic Site No. 63 under the Antarctic Treaty, 19 May 1995 (included with Horseshoe Island Station). The site has been cleaned up and minor repairs completed in Mar 1997.