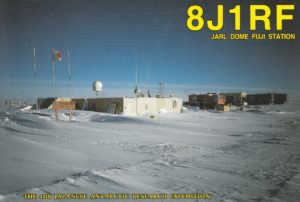 Dome-Fuji Station, 77°30’South, 37°30’East was established in January, 1995 to conduct deep ice-core drilling at the highest dome of Dronning Maud Land, some 1000 km away from Syowa Station. After completing 3035 m deep drilling, the station is being closed temporarily.

Dome Fuji (also called Dome F or Valkyrie Dome) with an altitude of 3,810 mts or 12,500 ft above sea level, is the second-highest summit or ice dome of the East Antarctic ice sheet and represents an ice divide.

January 2019 saw the conclusion of WindSled’s Unexplored Dome Fuji expedition. The Spanish team of four, led by Ramón Larramendi, completed a 2,500km return journey from near to Novolazarevskaya base to Dome Fuji (3,768m) in 52 days traveling in a series of customized sleds with built-in living quarters and powered entirely by kites. 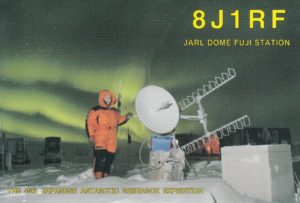 Since the project’s inception in 1999, the WindSleds have been used on 11 expeditions, covering more than 20,000km in Antarctica, Greenland, and Canada.

Since that time, nobody else have been active from there.