The Icebreaker SA Agulhas II left Cape Town on 5 February, but the search with a mini-submarine began on the 17th, already in the Weddell Sea. In the final stretch of the expedition (on Friday they announced that they could not stay more than six days in the area), it has worked! 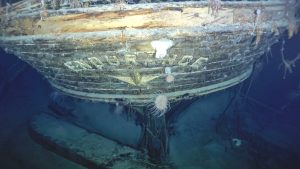 More than a century after its sinking, a scientific expedition “Endurance22” has found the remains of the shipwreck of the Antarctic Explorer Sir Ernest Shackleton (1874-1922), the “Endurance”.

The ship was crushed by sea-ice and sank in 1915, forcing Shackleton and his men to make an astonishing escape on foot and in small boats.

Video of the remains show Endurance to be in remarkable condition, even though it has been sitting in 3km (10,000ft) of water for over a century, it looks just like it did on the November day it went down. 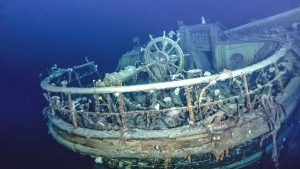 A team of adventurers, marine archaeologists and technicians located the wreck at the bottom of the Weddell Sea, east of the Antarctic Peninsula, using undersea drones. Battling sea ice and freezing temperatures, the team had been searching for more than two weeks in a 150-square-mile area around where the ship went down in 1915. The lost vessel was found at the weekend at the bottom of the Weddell Sea. Scientists have filmed the greatest ever undiscovered shipwrecks 107 years after it sank.

Mensun Bound, the expedition’s exploration director and a marine archaeologist who has discovered many shipwrecks, said that Endurance was the finest he had ever seen. It is upright, clear of the seabed and “in a brilliant state of preservation,” he said. 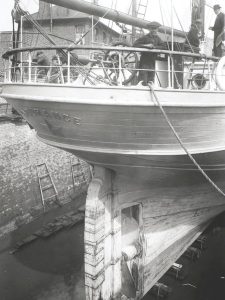 Under the terms of the Antarctic Treaty, the six-decade-old pact intended to protect the region, the wreck is considered a historical monument. The submersibles did not touch it; the images and scans will be used as the basis for educational materials and museum exhibits. A documentary is planned, as well.

The Weddell Sea still remains far icier than other Antarctic waters, though in recent years ice conditions have been lighter than usual. That was the situation this year, and it helped the expedition reach the search site more easily and remain there safely. The icebreaker, Agulhas II, left the search area on Tuesday for the 11-day voyage back to Cape Town.

In addition to the expedition Team, several ice researchers were on board, including Stefanie Arndt of the Alfred Wegener Institute in Germany.

Below are some link to see about Endurance and its founding in the Antarctic Weddel Sea:
Thanks and credit to: https://www.bbc.com/news/science-environment-60662541

Pics on the links above, are from Falklands Maritime Heritage Trust / National Geographic