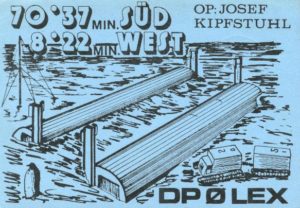 scientific research in Antarctica. The Alfred Wegener Institute for Polar and Marine Research (AWI) as the national co-ordinator,  enables Germany to fulfill this role by its research, long term monitoring and survey activities. It provides the main mobile and stationary infrastructure for Antarctic research, and thus maintains the permanent German presence in Antarctica. The new institute was named after one of the really prominent German polar researchers, who developed the first in-depth ideas about continental drift.

In austral summer 1979/1980 a scientific expedition under the leadership of Heinz Kohnen on the Norwegian M/S “Polarsirkel” took place in the Weddell Sea. One major issue was the site survey for the selection of a suitable location to build the German research sta 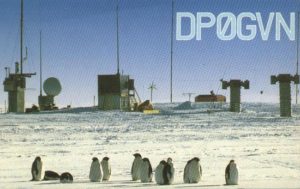 tion. A location on the Filchner-Ronne Ice Shelf at 77°36’South and 50° 40’West was selected as a first choice. 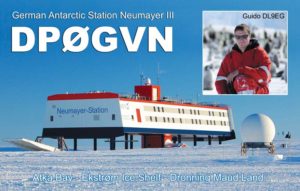 Planned under the supervision of Hartwig Gernandt, Neumayer III Station (70°40’S and 08°16’W) WAP –DEU-Ø8,  was inaugurated on 20th February 2009 as the new German Antarctic research Base. It is operated by the Alfred Wegener Institut (AWI) Helmholtz-Zentrum für Polar-und Meeresforschung and follows the Georg-von-Neumayer Station (1981-1992) WAP DEU-Ø1 and Neumayer II Station (1992-2009) WAP DEU-Ø2 as the German overwintering station on the Ekström Ice Shelf in Antarctica.