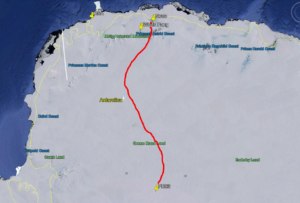 refueling location by the White Desert during the 2018-2019 season.

We did suppose Oleg Sakharov RI1ANX could have been there and today, thanks to Felix DL5XL/DP1OL who have spoken with Oleg,  we got a confirmation from him directly, so that a  NEW WAP reference  WAP MNB-Ø9 has been issued to this Antarctic site.

Here, some news about it:  The Fuel Depot 83 location site (83°00’S 11°38’E), henceforth referred to as FD83, has been used as fuel storage depot and logistical base facility jointly by the Antarctic Logistic Centre International (ALCI) and The Antarctic Company (TAC) since 2010. The site is used during the austral summer, between November and January as a refuelling and rest stop location for onwards visits to the South Pole. It is used by TAC for refuelling in order to carry out visits on behalf of White Desert as well as other organisations. 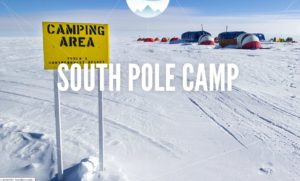 Each year a group of “Arctic Trucks employees” participate in different projects throughout Antarctica and this Antarctica summer, seven members of the team have been working there on three different projects, one of which is the New site called Fuel depot on FD83 for  aircraft on their way to the South Pole.

The mission start from Novo Runway (WAP MNB-Ø6) with a traverse of 1700 kilometers journey to FD83. The journey was 90 hours, with 69 hours of driving! Since then the group has stayed there, preparing the landing strip and the fuel depot, servicing aircraft that have stopped there on their way to the South Pole. The Team is responsible for making sure the landing strip is safe, receive oil barrels that were dropped in by parachute and make the depot ready for the servicing of the aircraft. For a whole month the team stayed in this isolated place, in tents, with the temperature at around minus 40 degrees Celsius! On this 2018-2019 recent occasion, a group of Russians (RI1ANX is among them), who are still there,  did join the traverse that reached the site.