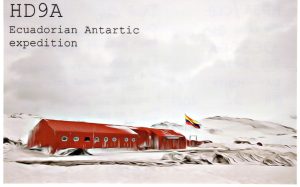 Josè made not so many QSO operating SSB from there and according to him, he was not familiar in QSLing. Some of the friends did ask suggestions and info to WAP, on how to get this card. 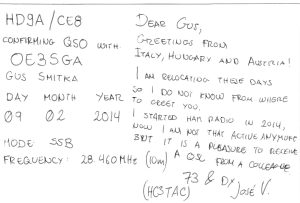 We have been lucky to catch Jose HC3TAC in Italy so we organized the best way to confirm the contacts with those OM  who made QSO with him when he was down South.

That was a great goal and today,  Gus OE3SGA has finally received the card!

«Many thanks for your info abt Josè HC3TAC. Today received the QSL that I was wait since 2014 … »

TNX to  Jose V Jaramillo (HC3TAC-HD9A/CE8) for having  been so kind!