Over the summer of 2016–2017, the Antarctic Heritage Trust’s team on the Ice spent more than 5700 hours carefully restoring Hillary’ Hut (TAE Hut) and conserving more than 500 artefacts.  A million dollar project to 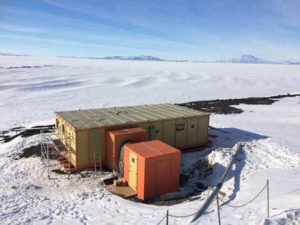 save Sir Ed’s hut in Antarctica is now largely complete

For the past three months, the Antarctic Heritage Trust has had a team of 12 carpenters and conservation specialists on the ice saving the hut and conserving the hundreds of artefacts within it.

Hillary’s Hut (aka known as “A” Hut ) of Scott Base, is the only existing Commonwealth Trans-Antarctic Expedition (1956–1957) building in Antarctica. It’s where the  first group of 18 members of the TAE (Trans-Antarctic Expedition) led by Sir Edmund Hillary and the five New Zealand scientists led by Trevor Hatherton, , did winter over at Scott Base contributing to the IGY. During that epic, Hillary slept in his office in “A” Hut, while the others shared the dormitory accommodation in ‘C’ and ‘D’ huts. 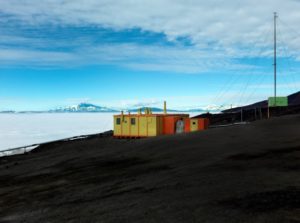 The “A” Hut has been designated a Historic Site or Monument (HSM 75), following a proposal by New Zealand to the Antarctic Treaty Consultative Meeting.

To get more about this, read: https://nzhistory.govt.nz/media/photo/caring-huts-antarctica

Hillary’s Hut is part of Scott Base (WAP NZL-Ø1), therefore no chance to issue a new WAP reference to it.