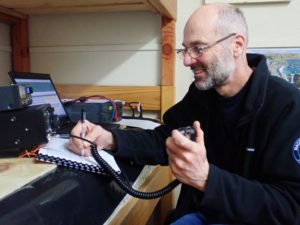 Macca Station Communications Tech, Norbert Trupp VK5MQ, is the Ham radio operator actually at Macquarie (WAP AUS-Ø8). He spends some of his spare time working other Hams worldwide operating as VKØAI from the shack set on Hut Hill, facing the East coast’s sea just in opposite site of the main building’s station of Macquarie.

Let’s not forget that Macquarie Island is rated in the top 10 of  “Most wanted” locations in the Ham world.

Using “Squid pole antenna” set outside the Ham Shack on Hut Hill it is reported that, so far, he logged nearly 1500 contacts worldwide. 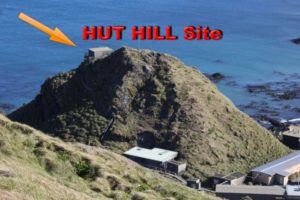 A brand new WAP reference AUS-Ø9 has been issued.

Norbert, will remain in site till the end of March 2019