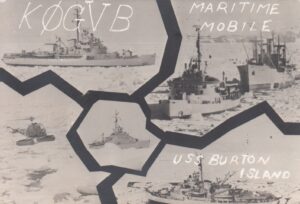 A rare old QSL of KØGVB/MM forced us to know a bit more about USS Burton Island (AGB-1), an icebreaker with a long and intense story. It could be that some Old Timers did work  KØGVB/MM from 1967 and up, that was a great time to contact such a rare ones! 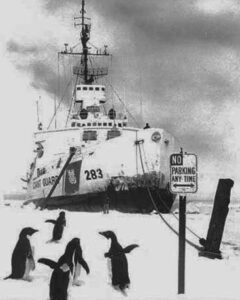 From 9 July 1977 to 8 September 1977 I/B Burton Island undertook a cruise to the Arctic, during which time her crew constructed several radar navigation towers along the north coast of Alaska and conducted gravity surveys of the Arctic Ocean.