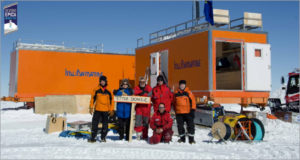 This Field Camp is really a Research Station,  where the “Beyond EPICA Oldest Ice Project” coordinated and  logistically supported by ENEA and IPEV make the core drilling to verify new sampling point that can go back in time. International team,  plans to extract 1.5-million-year-old ice that holds secrets about the planet’s ancient climate.

This year, scientists on the team, which includes 12 groups from 10 European countries, start drilling to the bottom of the 2.75 kilometers thick ice sheet at a site there. 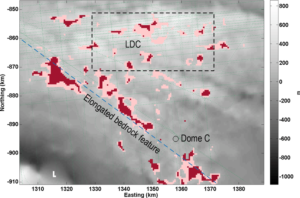 Little Dome C Field Camp was established at an elevation of 3,233 meters (10,607 ft) above sea level, is one of several summits or “domes” of the Antarctic Ice Sheet,  1200 km from the coast, with an ice thickness of 2643 m and with an average annual temperature of -55°C.

At the light of the information acquired and the availability of several  pictures that shown the Field Camp, Little Dome C will be add to the WAP-WADA Directory as MNB-NEW  … hope some days this site can be “on Air” by some Hams among the researchers!