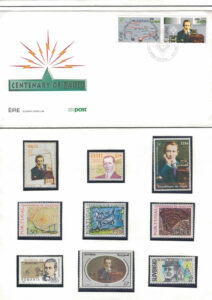 For many years, Belgian and Dutch Antarctic teams carried mail from collectors during the involvement of the Antarctic programs  often in cooperation with other nations. The scientists and expeditioners  did their utmost to take care of the philatelic mails and BPES, through Eddy, has done  great efforts to  set and forward  boxes of self addressed envelopes  to the various Bases and Camps as well to polar ships starting their Antarctic campaigns in order to have the precious covers with Base leader’s signature mailed in the polar regions  or as near as possible. If many of the Antarctic philatelic collectors (including myself) have some or many of these rare envelopes,  have to thank Eddy and BPES for the service! 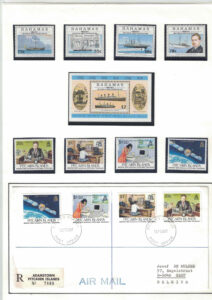 Recently I have received a mail from Eddy. He states: «Polar philately is nearly not existing this season because of Corona. I am offering a collection of stamps and covers related to Marconi. May be one of your Radio amateur friends is interested?  Exchange is also possible against Antarctic QSL cards».

In addition to this, Eddy sent a scan of the old QSL card  of OR4OR Gene (Jean Hooghewys). That is really a rare one! Eddy is still looking to have one of this card for his collection. 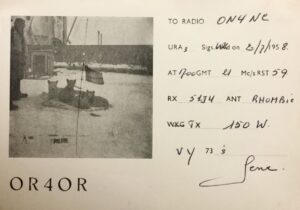 He said:  « Jean Hooghewys OR4OR is no longer with us and I cannot contact his family to find out if any cards are left. It is the only card I am still missing from the Belgian Antarctic base 1957-1967. I think I have all the others. The only person that has such a card is Ghis Penny (ON5NT). May be there is someone able to offer me such a card. I keep my fingers crossed.

Now, if someone could be interested in exchanging Antarctic QSL cards with  Marconi’s stamps and covers (see some in pics attached) or having a card of OR4OR can eventually write to me: 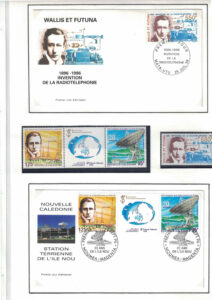 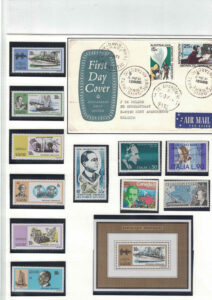