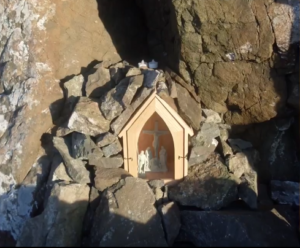 For the anniversary of the canonization of St. Agnes of Bohemia and thanks to the Czeck polar explorers,  a  small chapel in honor of the Saints Wenceslaus I, Agnes of Bohemia  and Ludmilla has been set in Antarctica!

In February 2019, at 62°14.784 ‘South and 58°58.891´West, a small chapel  was placed by members of the expedition to the South Shetland Islands at the site of the renewed Czech Eco Nelson Base (WAP CZE-Ø1). The author of the idea is Doc. Ing. Bursar Ladislav Janíček, (Ph.D., MBA, LL.M.) of  Masaryk University in Brno, Czeck Republic 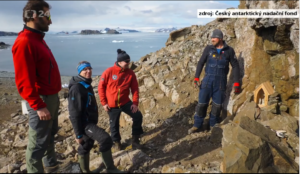 Inside the chapel there is a sculpture of  “Crucifixion” and a statue of “St. Wenceslas” by Milan Houser, Tomáš Medek and Jiří Pec.

Actually, there are two stations owned by Czech Republic in Antarctica: one is the Johan Gregor Mendel Station (WAP CZE-NEW), ran by the Czech Antarctic Program and  Eco Nelson Base (WAP CZE-Ø1).
TNX Fabricio Tavares and Gita OM5MF

Eco Nelson was a private station, which is rather unique. Established a long time before the Czech Antarctic law was adopted; after years of negotiations the Masaryk University (as a host of the Czech National Antarctic Program),  managed to take control over this site on Nelson Island.