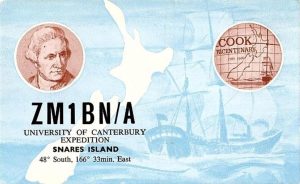 New Zealand Sub-Antarctic Islands consist of five island groups: Snares, Bounty Islands, Antipodes Islands, Auckland Islands and Campbell Island,  in the Southern Ocean south-east of New Zealand. The islands, lying between the Antarctic and Subtropical Convergences and the seas, have a high level of productivity, biodiversity, wildlife population densities and endemism among birds, plants and invertebrates. 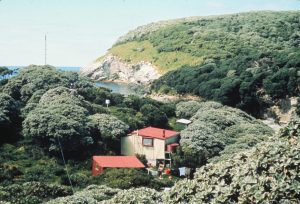 According to the recent “new wording”  of the islands involved,  which are now known as “New Zealand Sub-Antarctic Islands”  versus the previous diction of  “New Zealand Outlying islands” WAP have already add  on Section 2 of the WAP-WADA Directory , few of them with their related references. As soon as new evidences of other Ham radio activities from different sites on the islands, they will be insert on WAP Directories.

Here below one of those: 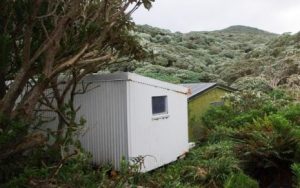 The Castaway Depot built by the New Zealand government in the 1880s, is now maintained as an historic site by the Department of Conservation. (picture on the Right, show the old Depot) 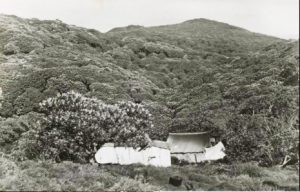 The dining tent used in 1947 was sited where the current research hut is located. The corrugated iron structure  and the wood one is the same building.

A video of the Snares is available here: https://youtu.be/_sPK92Oddig