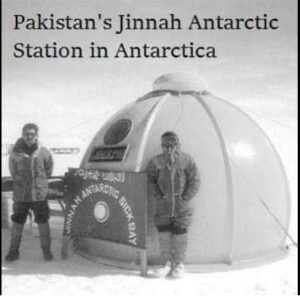 Pakistani researchers are keen to revive scientific exploration in the Antarctic region. Officials have expressed a desire to revitalize expeditions in Antarctica by Pakistani scientists in collaboration with friendly countries.

Pakistan’s Antarctic Program started nearly three decades back after the country sent its first expedition to the South Pole, backed by the National Institute of Oceanography (NIO) that was established in 1981 by the Ministry of Science and Technology. In the early 1990s,.

No independent expedition was sent by Pakistan after 1993 reportedly due to lack of funds and the government’s attention. “Scientific research in Antarctica is a future investment for any government that offers manifold opportunities and benefits technologically, economically and even diplomatically” explained Dr Hina Saeed Baig, Director General of NIO. “Pakistan’s Antarctic Programme is more than just a national achievement as it offers long-term benefits, elevates the country’s status and helps improve local expertise and technology.”

Hope one day some Pakistani Ham radio will  performing HF activity from there!