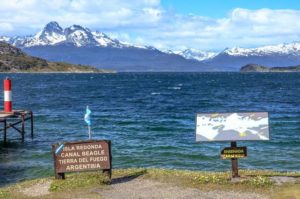 Redonda Island 54° 51′ 49″South,  68° 28′ 54″ West,  is a small island territory at the mouth of Lapataia Bay, belonging to the Ushuaia Department of the Province of Tierra del Fuego, Antarctica and the South Atlantic Islands in the southern tip of Argentina.

It is surrounded by the waters of the inter-oceanic pass called the Beagle Channel, in the Pacific Ocean. It has an area of about 50 hectares. Its maximum length is 1022 mts and its maximum width is 840 mts.

On the island, more than 100 years old, the prisoners built  a large structure used as 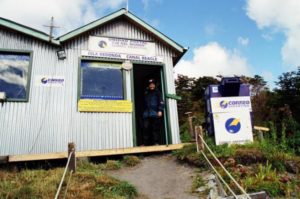 Hut residence of which, ruins still remain in site. Actually,  a small detachment of the Naval Prefecture hosts 3 person and the site is equipped  with a kitchen, dining room, two rooms and a radio room that serves to communicate with all ships and boats that navigate the area.

As per WAP Directory, Redonda Island is incorporate on the Sub Antarctic Territory, reference  WAP ARG-23