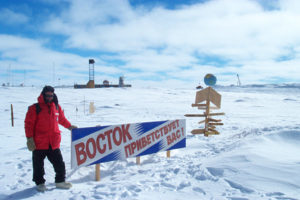 Alexander, RX0QM, ex.RI59ANT & RI1ANB (2017) is actually operating from Vostok Station (WAP RUS-13), in Antarctica. He is not very active but, being there till January 2019, there are good chances to work him.

QSL, if no variations from the previous activities, should go through EW4DX 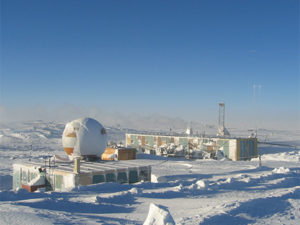 it remains one of Russia’s major base stations, with people living there year-round.

Vostok Station (WAP RUS-13) is a Russian research outpost; it is one of the most inaccessible and inhospitable places on Earth. Some 25 scientists live there in the summer, where temperatures get up to a relatively pleasant minus 25 degrees F.

Only 13 or so remain there through the long winter, when the mercury plunges to minus 85 degrees F. (We mean that metaphorically, because mercury actually freezes solid at around 40 below zero.) The lowest reliably-measured, naturally-occurring temperature on the Earth’s surface happened on July 21, 1983; there, temperatures dropped to minus 89.2 °C (−128.6 °F; 184.0 K).