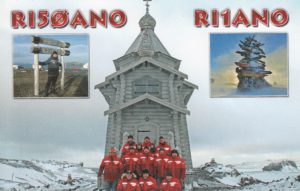 It was one of the first research stations founded by the Soviet Antarctic Expedition in 1968.

It is also the location of Trinity Church, the only permanently staffed Eastern Orthodox Church in Antarctica.