Perseverance DX Group has announced  the intention to activate South Orkney Islands, and is planning an expedition to take places in February/March 2020. A team of experienced DX and Contest operators will operate from Signy Island (WAP GBR-Ø9) for up to 15 days. The process of obtaining landing permission is underway. The call sign will be announced at a later date. The team will sail from Punta Arenas, Chile aboard R/V Braveheart. Seven operating positions are planned for 160-10 meters, SSB/CW/Digital.

Additional details will be released as they develop. Website: https://sorkney.com/ 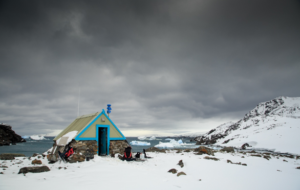 WAP archive has pics of field Huts still in place at the following un-referencended sites of Signy Islands in the South Orkneys:

Foca Cove, Gourlay Peninsula, Cummings Cove. Let’s have a look of them.

The U.K. Cummings Scientific Hut is located at Cummings Cove at 60°43’45” South, 45°39’50” West. It is visited regularly by British Antarctic Survey personnel from Signy Island (WAP GBR-Ø9). It has accommodations for 2 people, with food and fuel for 2 person-months. Cummmings  Cove feels very remote and the hut is lovely on the outside,  but very basic on its inside. 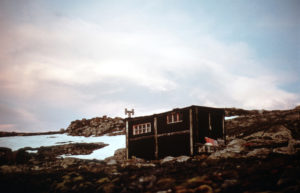 also has some amazing views, just from the hut across Rock Haven,  a popular spot for seals as well as penguins .The Gourlay peninsula 60°44’ South, 45°36’ West, is an ice-free site that  guests 2 Huts; the hut on the left is a standard hut with a couple of  bunks and on the right is the work hut.