Oleg Sakharov RI1ANX (aka ZS1ANF, UA1PBA)  is actually on board of M/V Agulhas-II  heading to Cape Town after  yesterday’s visit of South Georgia Island; Oleg will reach Cape Town next March 15th. 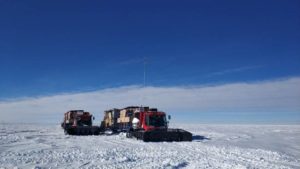 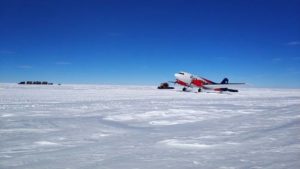 WAP is in contact with Oleg who has sent us pictures and details of the activity from the  “Traverse Stop Point –Temporary Field Camp”  from where  Oleg RI1ANX did operate from 1 through 7 January 20019.

Oleg wrote: –There is nothing on 78° degree stop point. We were sitting there for some days,  made a skiway, waiting some resupply by BT-67 which came 7th January-. 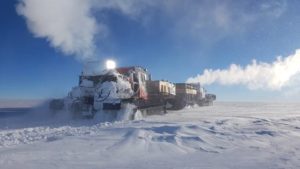 “Traverse Stop Point-Temporary Field Camp” has been the site where,  a Multinational Team did stay for 8 days , sleeping inside the  CAT and in the tents on the sledge. The Camp was set up to allow  (after building a provisional Skyway) the receiving of  supplies for people and vehicles. The Communication site was performed to keep connection with BT-67 aircraft and on the free time,  to make contacts on the Ham bands. 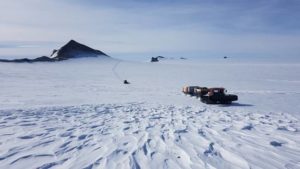 Thanks Oleg RI1ANX for the efforts made, and thanks  to have given the Ham’s Antarctic Chasers another brand “NEW ONE”.