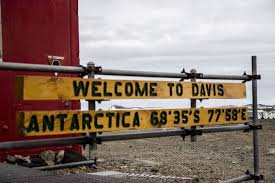 Matthew Gledhill,  VK5HZ from a page set at QRZ,com  informs that during the Antarctic summer 2018-2019 and  Antarctic winter 2019 he will be working at Davis Station (WAP AUS-Ø3) signing VKØHZ.

Matt will be there 12 months and now says: – Note this is not a DXpedition and any radio activity will be in my downtime. More details of my operation and station setup to come late 2018-. 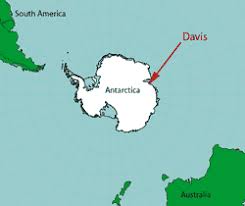 Davis Base is the most southerly Australian Antarctic Station and is situated 2250 nautical miles South-South-West of Perth, on the coast of the ice-free Vestfold Hills, Ingrid Christensen Coast of Princess Elizabeth Land, East Antarctica, in the Australian Antarctic Territory at 68° 34′ 36″ South, 77° 58′ 03″ East, Grid MC81xk

Davis Station officially opened on 14 January 1957; a small ceremony was held to mar 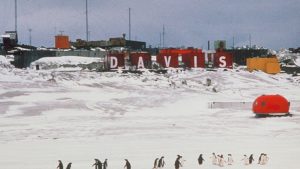 k the event. The Base was named after Antarctic legend, John King Davis, captain of the ships Aurora (1911–14) and Discovery (1929–31).  used by Douglas Mawson on his expeditions.

Davis was reopened on the 15th February, 1969 and has operated continuously since.