A revision has been made on Argentina Sub Antarctic Tierra del Fuego (WAP ARG-23).  At the light of new evidence showing Huts and Navy outposts, 2 New Ref. (WAP ARG-29 & WAP ARG-3Ø) has been issued; t 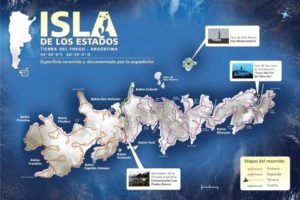 The entire archipelago is administered by the Government of the Province of Tierra del Fuego, Antarctica and the South Atlantic Islands with the participation of the National Administration of National Parks and the Argentine Navy, which together make up the mixed Commission of Isla de los Estados.

Let’s have a quick view of this New WAP reference for Argentina Sub Antarctic Territories: 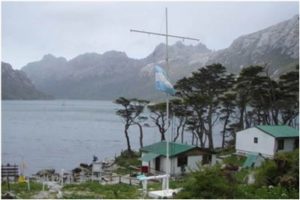 WAP ARG-29 – Isla de los Estados (Staten island)  54°47′00″South, 64°15′00″West, hosts a scientific station (pic aside) of the CADIC (Centro Austral de Investigaciones Científicas). In other sites of the Island,  there are Scientific Stations that study different aspects of flora, fauna, etc. which, forced us to decide to inserted Isla de los Estados  as a “New entry” into the WAP Directory.

Puerto Parry where the Navy post is the only refuge (See last pic below). The guard of the post changes every 45 days and the young soldiers remain there in the middle of that paradise of solitude. Only a radio and a radar link them with the base of Ushuaia. 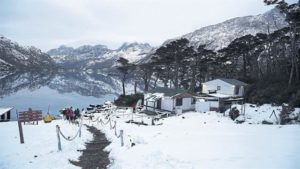 (Historical Note: Piedrabuena was the sole owner of the island, after the National Congress granted him the ownership of the island, along with an island at the mouth of the Santa Cruz River, which he named Pavón. He believed that in order to defend the sovereignty of this still-gestating state, it was necessary to give life to these places by populating them).