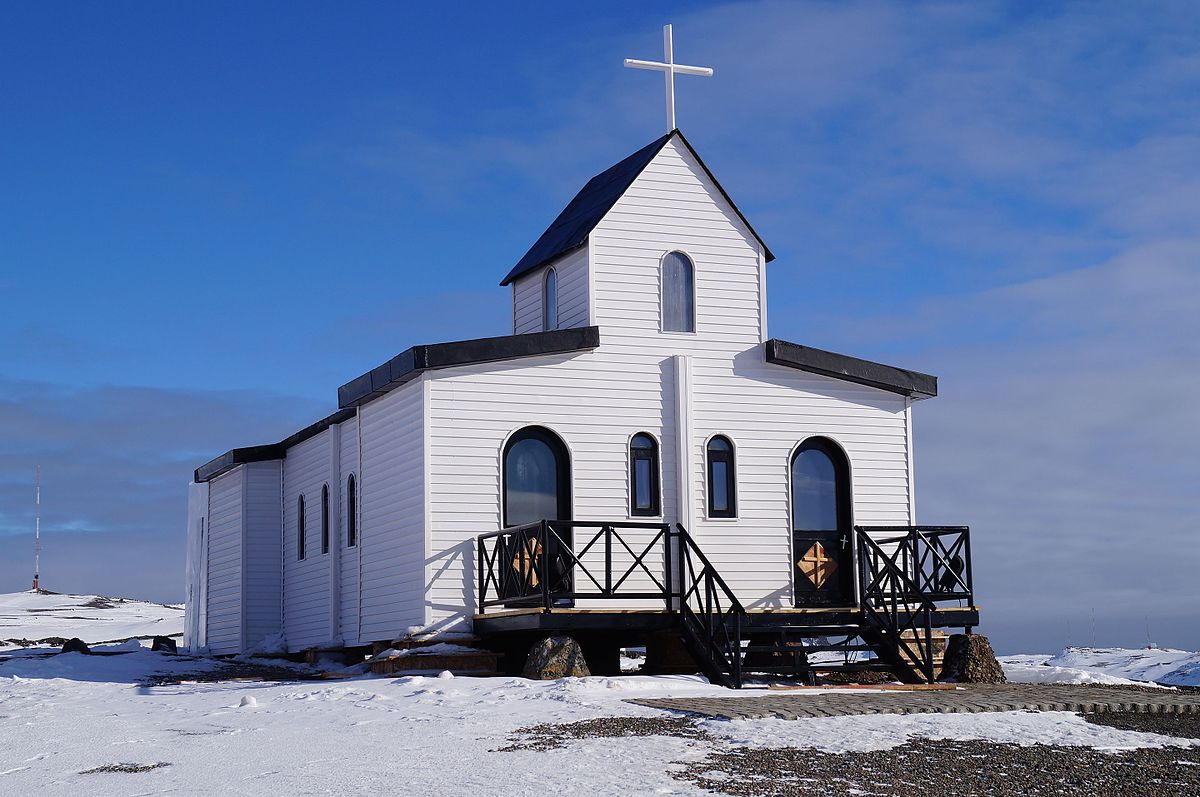 Chapel of  “Santa Maria Reina de la Paz” stands at Villa las Estrellas,  the most populated town of the South Shetlands , in the area where, the houses of personnel’s families are located, among the settlements of Eduardo Frei Base. Actually there are eight families with children living there; they are Regular Officers of Chilean Air Force, including the Chief of the base, Air Traffic Controllers of T.Te Rodolfo Marsh airport. These personnel and their families have  two years engagement, and live  at Villa las Estrellas.

The town, has also a school, an hospital , a Post Office and a bank.

The Chapel, is made by a large  metallic container, with electricity, heating system, voice amplifier  and inside, there are 12 pews which can locate  36 seated people.

Religious ceremonies are officiated from a  Deacon who lives  at the Base, and by priests, who are eventually  travelling around.
TNX Ricardo Verlasquez CE3HDI

When a Catholic  one … at the Italian Base MZS, Terra Nova Bay?