Following our virtual Antarctic Exploration , in finding  signs of devotion and faith, we are 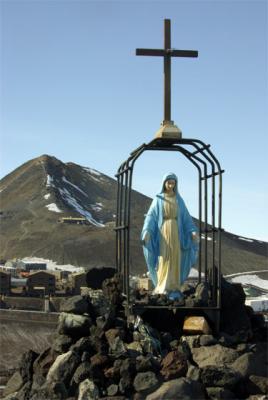 today stopping by the:
Vince’s Cross  and “Our Lady of the Snows” Shrine.

Immediately above Scott’s Hut on a small knoll overlooking the bay is Vince’s Cross, a wooden cross erected in 1902 to commemorate Seaman George T. Vince, the first man to lose his life in McMurdo Sound, following a fall into the water from a steep, icy slope nearby during a blizzard. 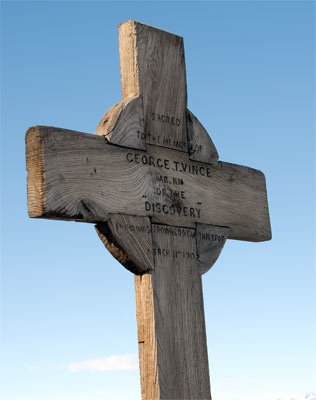 Also above the hut is the Our Lady of the Snows Shrine, a Madonna statue that commemorates Richard T. Williams,
a Seabee tractor driver who drowned off Cape Royds near Ross Island, in
January 1956 when his D-8 Caterpillar (30- tons tractor) broke through
the sea ice. Near this shrine is a monument erected to commemorate Raymond T. Smith, a Navy petty officer killed during a ship unloading accident at McMurdo in February, 1982.