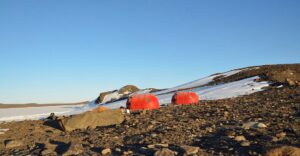 The Base is sited in Northen Bunger Hill (aka Bunger Lakes or Bunger Oasis), a coastal range on the Knox Coast in Wilkes Land, Antarctica, consisting of a group of moderately low, rounded coastal hills, overlain by morainic drift and notably ice free throughout the year, lying south of the Highjump Archipelago. The reasoning behind the minute amount of ice in the area is still relatively unknown and remains under intense debate amongst scientists today. It was opened in 1986 by the Australian Antarctic Division. It is temporary visited during the summer season and used for geological, 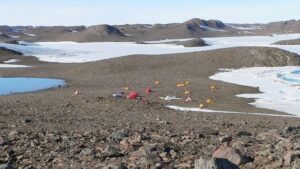 So far, WAP does not have reports of  HF activity by any Hams from this site