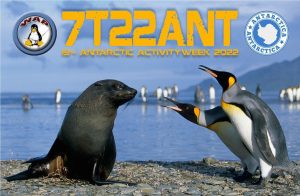 The 20th edition of the WW Antarctic Activity Week will be on air from  19th through 26th February 2023.

Purpose of the A.A.W. is to improve the Worldwide interest around Antarctic Continent and its related  matters

Today we are welcoming Kamel Ghalem 7X2GK who have just signed in,  with his special call 7T22ANT, WAP-345 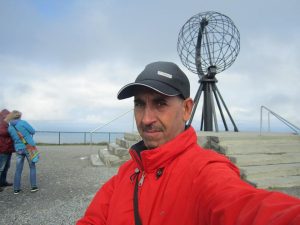 Kamel (picture on theright) wrote: We did participate last year to the 19th AAW with the same call, and it was a good and beneficial experience for all of us, and we hope that this year will be better .
Best greetings, 73 de 7X2GK
Antarctic followers, Polar enthusiasts and Antarctica’s station hunters are invited to join the event, the unique one Worldwide, specifically dedicated to the Ham’s Activity in/with Antarctica.

2023 marks the 20th anniversary since the launch of the first edition of the AAW in February 2004. Today WAP is proud to see that, since then,  it has continued regularly every year.

Join us and enjoy Antarctica as much as we do!

Invitation to join is addressed to all Radio Amateurs (OMs & SWLs) around the world, to the Clubs and Organizations who would like to share with us this initiative.