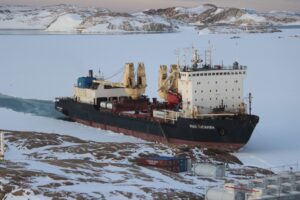 The chartered ice-class vessel M/V Vasiliy Golovnin will make this journey and will reach Antarctica in 30 days.
After leaving behind a team of 40 members, it would return to India in April 2021. On return, it will also bring back the winter team of the preceding trip.

The scientific and logistic activities of the 40thIndian Antarctic Expedition are limited due to the existing challenges associated with COVID-19 pandemic. The focus is to support the ongoing scientific projects on climate change, geology, ocean observations, electric and magnetic flux measurements, environmental monitoring; resupplying of food, fuel, provisions and spare; and accomplishing the return of the winter crew. India is committed to maintaining the continent of Antarctica free of COVID-19. The expedition will duly follow all protocols for the deployment of men and material as per Council of Managers of National Antarctic Programs(COMNAP). Extra precautions of sanitizing the cargo, mandatory fourteen days of quarantine (pre, and post-expedition), and RT-PCR testing before boarding the ice-class vessel is also being conducted.

The Indian Antarctic Expeditions began in 1981. The first trip comprised of a team of 21 scientists and support staff led by Dr. SZ Qasim. After a humble beginning, the Indian Antarctic program has now credited to have built three permanent research base stations in Antarctica named:  Dakshin Gangotri WAP IND-Ø1), Maitri (WAP IND-Ø3), and Bharati (WAP IND-Ø4). Indian Bay Camp (WA IND-Ø2) is the site where normally the vessels are mooring while loading and unloading cargos. 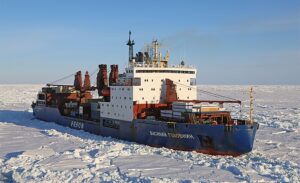 Thanks and credit: https://pib.gov.in/PressReleasePage.aspx?PRID=1685978

The wind in this area at that time blows from Northwest direction at force 3 Beaufort.