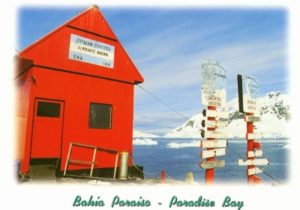 Almirante Brown 64º 53’ South,  62º 53’ West  is an Argentine Antarctic Base (WAP ARG-Ø2)  and Scientific Research Station named after Admiral William Brown, the father of the  Argentine Navy. It is located on Sanaviron Peninsula along Paradise Harbor, Danco Coast, in Graham Land, Antarctic Peninsula.

WAP has been asked by an Antarctic Hunter’s Ham to have some information about this rare Base, in particular if this can be worked on HF in the near future. Unfortunately we have to say that year by year the Ham radio in Antarctica is getting down and it’s almost a rarity to catch someone on the classic HF modes CW/SSB, but never say never….

Brown Station  was inaugurated as a Naval Detachment on April 6, 1951, and closed in the 1959-60 campaign. Since then it was ceded to the Argentine Antarctic Institute, which reconditioned it to function as a temporary Scientific Station, restarting its activities on February 17, 1965. 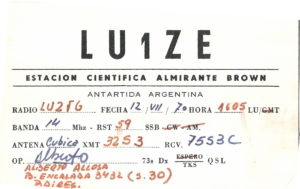 As of 2014 Brown is one of 13 research Bases in Antarctica operated by Argentina. From 1951 to 1984 it served as a permanent base; since then it is open during the summer season only. 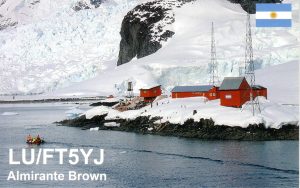 Not so many Ham radio activities has been made from this Base so that Brown remains one of the most rare Argentine Base sto log . WAP-WACA Directory has only 3 stations operating from  Almirante Brown listed as WAP ARG-Ø2: