23 Special Event Stations did join the 19th edition of the International Antarctic Activity Week that last february 2022, has celebrated Antarctica.

Bands conditions were very strange  with atmospherical background noise,  and short DX openings on 10, 15 and 20 mts. 40 meters was the most usable band.

Here below some notes from lucky and unlucky participants: 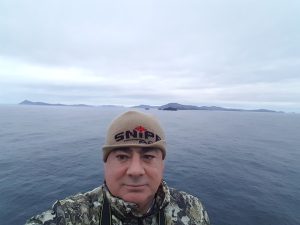 «I am sorry to tell you that my wife is ill from COVID, not just positive, and I am quarantined.

Now I am more or less ok but I expect that to change very soon just as it happened with my wife».
Eduardo EA4GKV (pic aside) is now feeling better and we hope to have him aboard next week!

Some results of the OE19AAW activity:

«814 QSOs on 3 bands. – 160, 80 and 17 meters. Unfortunatelly a series of storms killed my antenna system, a few days before start.  Even the Activity Week was stormy itself.

The rotator is broken, the ultrabeam UB-50 is broken (again), so I was only able to use 17 meters with the ultrabeam. The dipole did well. I made most contacts on 80 and 160 meters. I missed 40 meters this time, so the QSO rates were much lower than usual. 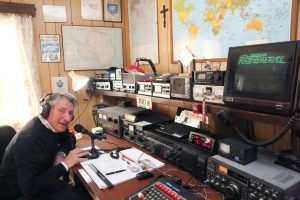 From 18,00 UTC , 14MHz were practically dead even if some short but nice openings allowed QSOs with  USA, Alaska and Australia. Most of the contacts has been made within Europe.  Lots of Scandinavian stations ( OH, LA and SM as well as ES and YL)  are on the log. 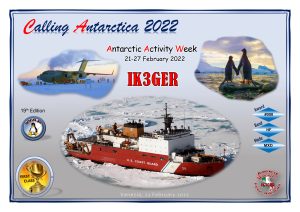 From the other side, many of the participants have already got the special online free Award to recall the 19th AAW, issued by Paolo IK3GER that, in spite of the misfortune that struck him for the loss of his wife, he dedicated his time to make and send the diploma to many Hams who did request it.