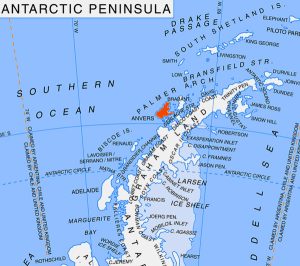 The larval health of an Antarctic cold-water coral species may be resistant to warming water temperatures, a University of Maine study finds, bringing new hope for the climate change resilience of deep-sea ecosystems in the Western Antarctic Peninsula.

The study was published in the journal Coral Reefs. The research was funded by the U.S. National Science Foundation.

The past few decades have shown unprecedented levels of warming in Earth’s polar regions. To date, the West Antarctic Peninsula has the most dramatic warming in the Southern Hemisphere, with expected water temperature increases between 0.5 and 1.9 degrees Celsius by 2100.

Because they are long-lived and slow-growing, deep-sea corals in these Antarctic waters will not adapt well to changing temperatures, particularly in the sensitive larval stage. Or so scientists thought.

“Although their habitat is now changing faster than other places around the world, most marine animals in the Southern Ocean are thought to have a limited capacity to adapt to environmental shifts,” says Julia Johnstone, principal author of the study. “Especially during the larval stage, when developmental processes are organizing and laying the foundations for key life-long functions like prey capture and growth, those environmental changes can have an outsize impact.”

Read more at: Antarctic deep-sea coral larvae may be resistant to climate change | NSF – National Science Foundation
Thanks and Credit to NSF