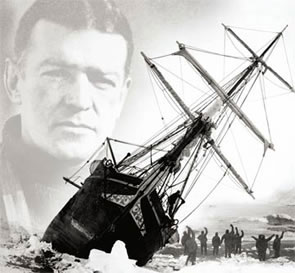 Endurance22 will launch early next year with aim of locating and surveying wreck of Sir Ernest Shackleton’s ship Endurance in the Weddell Sea.

The location of Sir Ernest Shackleton’s Endurance has been one of the great maritime mysteries since the ship became trapped in ice and sank in 1915.
Finding this symbol of the “heroic age” of polar exploration at the bottom of the Weddell Sea was long thought impossible because of the harshness of the Antarctic environment  “the evil conditions”, as Shackleton described them.

Now a major scientific expedition, announced recently, is being planned with a mission to locate, survey and film the wreck.