Become familiar with philatelic terms is not an hard task.  WAP is proposing some of the most common definitions to help the novices, in particular those who enjoy Antarctic philately. 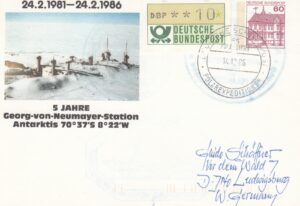 Cachet: A commemorative marking, illustration or description on an envelope which explains the commemorative purpose when it was mailed and is usually applied by a rubber stamp.

In particular, the ones from Antarctica are tracking the story of the scientific expedition in the Icy continent 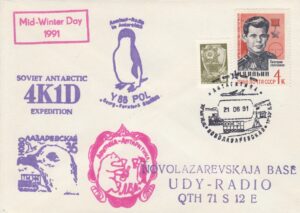 Cancellation: An authorized mark applied to a stamp to prevent its reuse by defacing it surface

Cover: Philatelic cover is an envelope prepared with a stamp(s) and address and sent through the mail delivery system for the purpose of creating a collectible item. Stamp collectors began to send mail to each other and to themselves early on, and philatelic mail is known from the late 19th century onward. The Antarctic philatelic covers are the most wanted ones among collectors. 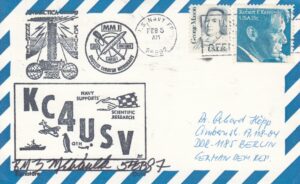 Ship Cover: In philately, a “ship cover” is a cover that was mailed aboard a ship, while a “naval cover” is one posted on a Navy vessel. Shipboard postal facilities are ubiquitous on ships of any size, although the “Post Office” may consist only of an alcove and a sailor working it part-time. 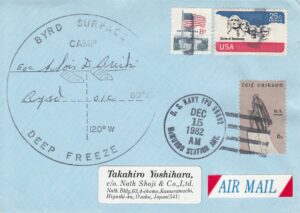 Postmark: Any markings on a postal item, such as a cancellation, which records the date and/or origin of its connection with the postal service and its transit through the mail system

Paquebot, what does it means?
Ship covers usually carry a Paquebot postmark and/or a postmark unique to the vessel. Collectors of ship covers will look for different types used at different periods, as well as for covers indicating routing through particular ports, and so forth. 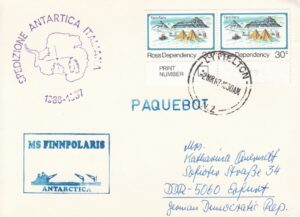 Beginners may have noticed, some cover with a handstamp of “PAQUEBOT” . For those who don’t know what it means, here is a brief explanation: «The word in French, translates literally to “ship”. A letter, a postcard on an envelope  that has that postmark PAQUEBOT handstamped on it, means that it has been posted at sea».

Recently I have received a big folder full of Antarctic envelopes, sent by a well known Antarctic veteran, DL8JDX Volker (ex Y24LN, Y88POL). My collection of Antarctic philatelic matters has increased a lot, but thanks to Volker we’ve been happy to use some of these envelopes to explain a few items.