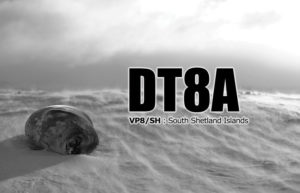 After almost 3 years  from his previous  stay,  Sang Hoon Lee, DS4NMJ is going to return at KSJ Base, as part of the next Korean scientific Team. Call sign will be again DT8A. Lee,  hopes to be active from late December to the  beginning of  January 2021.  QRV on FT8, CW & SSB, 100w. 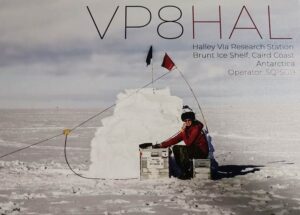 Seba SQ1SGB will sail to Halley VI(a) Base next December. He hopes to be active for 5 weeks, starting beginning of January 2021.

Callsign SQ1SGB/VP8  if that VP8 will not be allowed due to the new strange rules of the Falklands authorities, Seba will use in alternative SQ1SGB/A or maybe /ANT or /P. WAP did ask him to  check if some others Huts or Refuges have been set nearby  Halley in the last 10 years. Perhaps there could be some  not yet listed into the WAP-WADA Directory. We know that there are 2 potential new entries:

Bob-Pi hut was erected in the hinge zone on 6 November 1962. It was used as a depot and staging post for journeys into Coats Land as well as for recreational purposes.

Coats Station, established in Coats Land, at Lat. 77° 54′ S, Long. 24° 08′ W, 200 miles south of Halley Station on 30 November 1964. It was positioned to allow the triangulation of ionospheric measurements to be taken in conjunction with Halley Station and the Argentine General Belgrano Station. It was manned until 18 March 1965 when it was removed (?)

If ruins may exist,  that will be a place valid for WAP.