Ham radio world is running to involve as many operato ras possible to use a special callsign to celebrate the  6Øth Anniversary of the Antarctic Treaty Signature.

So far, the following ones have already got the special call by the telecomm authorities in their respective Countries 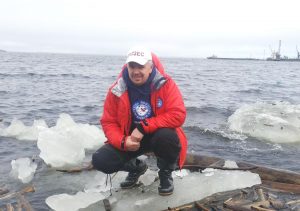 Hams from several other Nations are in process to get the special callsigns. The list will became longer and we will update it when new entries will coming out.

During the 6Øth Anniversary of ATS event,  12 different call (R.6ØANT) will be active from Russia starting from 1 October, from different regions. In addition 1 “Joker Station” will be on air  as well. More details will be available a little later».

On the mean time, Karsten, DL1RUN has informed WAP that, DQ6ØANT is planing an activation day on 2021-june-23th . This is the day of Antarctic Treaty Signature. From the early morning to the late evening DQ6ØANT will be on air, working on all bands. Favorite Modes are CW and SSB.

All QSO’s are automatically confirmed via E-QSL. QSL cards via the office must be requested via the website https://60ant.de/en/qsl-anfordern-en.

More Information about this activity: www.60ant.de

Different Award Programs will be join the 6ØATS, stay tuned!