When the Antarctic Treaty came into effect 60 years ago, its signatories had little idea how successful it would be. World leaders agreed to leave an uninhabited continent twice the size of Australia free from war, weapons and nuclear waste.
At that time, they declared that Southern Polar region, which is 98% ice and does not have an indigenous population, should belong to no Country and instead, be devoted to collaborative science. In the following decades, extra rules to stop companies mining minerals and drilling for oil turned Antarctica into the biggest nature reserve in the world. 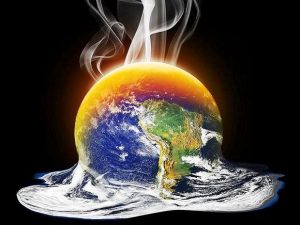 Now climate change is undermining that success story. About 90% of the world’s surface fresh water is locked up in the Antarctic Ice Sheet and, as the planet heats up, glaciers whose collapse would deluge coastal cities from New York to Jakarta are melting and growing less stable.

World leaders have pledged to limit warming to well below 2 degrees Celsius this century, but their current policies will heat the world by almost 3 Degree Celcius, according to Germany-based research group Climate Action Tracker. A study published in the journal Nature in May found that a global temperature rise of 3 C would lead to an “abrupt jump” in the pace of Antarctic ice loss that would, in turn, trigger “rapid and unstoppable” sea-level rise.

A second study, published in June in the journal Science Advances, found that an ice shelf that supports the 175,000-square-km (68,000-square-mile) Pine Island Glacier is breaking up into the water faster and faster. The glacier is responsible for more than a quarter of Antarctica’s contribution to global sea level rise and will melt faster if it collapses into warm waters. “If the ice shelf’s rapid retreat continues, it could further destabilise the glacier far sooner than would be expected”  the authors wrote.