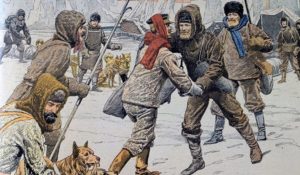 From the unknown to scientific research, see how the mystery of Antarctic exploration has unfolded throughout the years.

For years, it had been speculated there was a continent at the bottom of the Southern Hemisphere, which was dubbed Terra Australis Incognita, Latin for  “unknown southern land”. But it wasn’t until the early 19th Century that humans actually reached Antarctica, and its extreme environment made exploring the continent a particularly daunting challenge. Here’s a timeline of the expeditions that amassed knowledge about the coldest continent.

Thanks and credit to: National Geographic