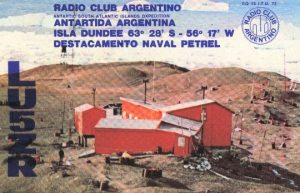 Petrel Base (WAP ARG-17) was commissioned in 22 febr. 1967. It was operated year round until 1978 and then, as a summer station. In the Antarctic season 1995/96 it was abandoned. The Station, is now to be reactivated. Work is advancing so that Petrel is coming to become a permanent base again after 40 years.

Back in 2013 a plan was drawn to reactivate  the Petrel Base as a permanent logistic center on the Antarctic Continent. Argentinean Teams start going to Petrel Base every summer to do small jobs. This involved making repairs around the house and bringing in some appliances and disposing from old garbage. 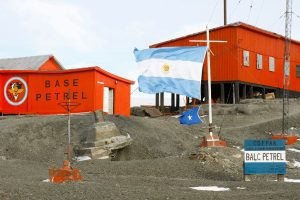 As of November 2022 Petrel became once again a permanent Base. A team of 18 is still there to carry out the necessary works to restore the infrastructure throughout the year. Another goal is to build a 1800 meters main runway and a secondary 1300 meters secondary runway where the Hercules C130 or smaller aircraft can operate. In addition personnel  will carry on hydrographic studies to determine the most suitable location for the construction of a dock that will allow operations with shipload.

In the mean time a major project to modernize Base Petrel in underway.  The “Petrel Joint Antarctic Base” will have a thermal housing modular house that will be built by Tandanor (acronym for Talleres Navales Dársena Norte).

A state of the art Antarctic home is planned, designed under the self-sustaining concept, which will 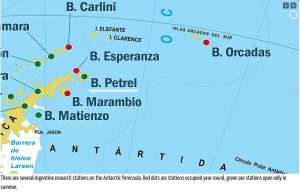 cover not only all functional requirements, but also housing requirements in accordance with modern construction techniques.

The house will have an operational capacity of 60 people from the permanent staff, and 80 who are in transit, reaching a total capacity of 140 places, and the infrastructure to promote scientific research on Dundee Island.

Petrel functioned as a permanent base from 1967 to 1976, when a fire destroyed the main lodging house. With its reconstruction, this Base will form part of the Antarctic Logistics Pole next to the city of Ushuaia.