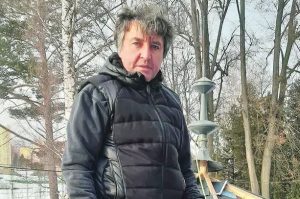 Master roofer Dimitris Georgiadis (picture aside) will leave for Antarctica in mid-January and will be there until March. He will travel to the icy continent with scientists from Masaryk University in Brno, who are investigating climate change in Antarctica and solving dozens of research projects, including the effect of harsh polar conditions on the human organism.

The Mendel Polar Station (WAP CZE-NEW) on James Ross Island near the Antarctic Peninsula (see picture to the Right) is a showcase of Czech science. The master roofer must now ensure that it does not leak. On the main building of 250 square meters, he will lay a new PVC film with the help of a heat gun. If the weather is favorable, with the help of two technicians from the expedition, he will have everything ready in a week or so. 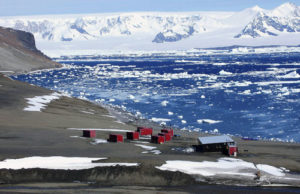 Then, in turn, he will help the technicians maintain the station while looking over the researchers’ shoulders as cutting-edge science is done. “I’m really looking forward to that too” Dimitris added with a smile, “I’m curious what awaits me. I have never driven so far for work”.

His task will be to put a new roof on Johan Gregor  Mendel’s scientific base; the original expired after 15 years.

Pavel Kapler, manager of the Czech Antarctic Research Program, can find anything for polar explorers, from new technical equipment for the station to quality thermal underwear, but getting a roofer to Antarctica was a chore.  In the mean while, ther’s some possibility that Ham Radio operation could also be performer from the unnumbered Mendel Station…never say never!