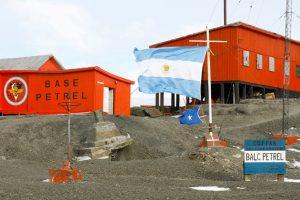 Good news is coming from Argentina: Base Naval Petrel WAP ARG-17 will return to be a permanent Base in Antarctica! How can the Old Timers forget when LU1ZR & LU5ZR were almost every evening on HF bands making contacts with the Antarctic Chasers?

Well, one of the objective of the 118th Summer Antarctic Campaign is the refurbishment of Base Petrel, so that it can run again throughout the year.

Being on a plain at sea level, a rarity in Antarctica, Petrel has a microclimate that allows the base to be operable at any time of the year.

In addition, due to its location on Dundee Island, it can be used as an Antarctic logistics bridge integrated into the Ushuaia Pole project, in which,  the construction of a dock, facilities and service housing for personnel is planned, in order to be able to supply the Argentinean Bases quickly and efficiently. 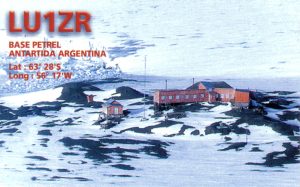 Petrel did operate as an Antarctic permanent Base from 1952 to 1974, when after a fire it began to be operated just as a temporary Base.

The national government has just granted additional resources to the Ministry of Defense that will be owed to the reopening of Petrel Base and to continue with the re-equipment of the Armed Forces as planned.

Since 2013, a plan was drawn up to reactivate it as a permanent logistics hub on the Antarctic continent.

The Ministry of Defense informs that, through the budget modification made by the Executive Power through a Decree published in the Official Gazette,  more resources will be allocated to tasks related to the reopening of the Petrel Base in Antarctica.

Thanks and Credit to: https://www.argentina.gob.ar/noticias/el-gobierno-nacional-otorgara-recursos-adicionales-al-ministerio-de-defensa-que-seran