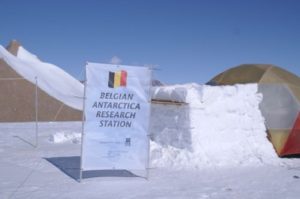 When we went across some notes, we found that, while studying a best location site to install its New Antarctic Station, a Belgian Team, went to Antarctica and set a Base Camp called Utsteinen camp which was fully operational for few months.

It should have been interesting to know if some of the Team Members did operate Ham radio in the time, while they were there. Perhaps   OR4TN can give us more details. If there was an operation  from there, we will give Utsteinen camp a new WAP reference.

Then, the  answer from our friend Ghis ON5NT, kill up any doubts: 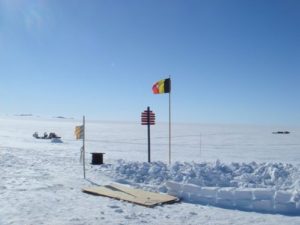 Actually Belgian Utsteinen camp have been probably dismantled, so nothing to do with it anymore,

By clicking the gif aside, a deep report is still available to get some more information about the Belgian Utsteinen Camp.