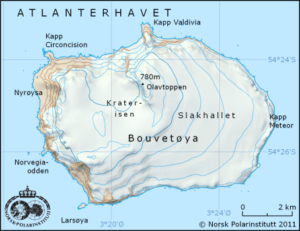 Bouvetøya was discovered by the French explorer Jean-Baptiste Charles Bouvet de Lozier, who believed what he discovered was Terra Australis Incognita (“the unknown country in the South”).

The small peninsula was sighted on 1 January 1739. That day was  the Feast of the Circumcision and  Charles Bouvet de Lozier gave the site  the name Cap de la Circoncision. The cape provided the location for the base-camp of the 1928-29 Norwegian expedition. (See the hut on the pic below) 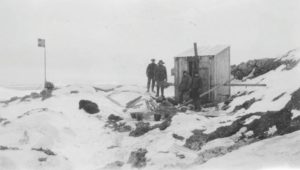 By Royal Decree of January 23, 1928, Bouvetøya was drawn under Norwegian sovereignty, and in 1930 the island was given the status of biland. Like the Queen Maud Land and Peter I Island in Antarctica Bouvetøya was annexed for whaling purposes.

Cape Circoncision is snow-free during summertime, and on the Ham radio wise the location gives coverage to most continents. Due to penguin colonies, access cannot be granted.

If in the future an operation will be set from there, a New WAP Reference will be given to it.