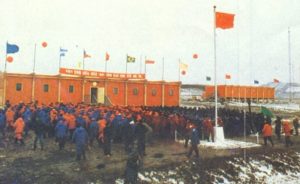 It was on 20 November 1984 that China dispatched its first Antarctic research expedition team, and by the end of this expedition, the country established its first Antarctic research station, the Great Wall Station on 20 February 1985. So far, China has done 35 national Antarctic expeditions and established two year-round research stations, namely the Great Wall Station (1985) in West Antarctica and the Zhongshan Station (1989) located in the Larsemann Hills, East Antarctica; one inner land summer station, the Kunlun Station (2009) located on “Dome A”, the highest place in Antarctica and one camp, namely the Taishan Camp (2014) located in Princess Elizabeth Land. 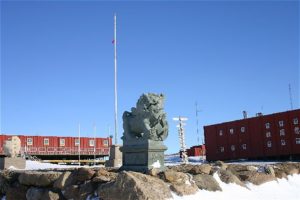 Comprehensive Investigation and Assessment Programs” (2015-2020). Regarding Antarctica, the Program comprises three parts: the Antarctic Marine Environment Survey, the Antarctic Terrestrial Environment Survey and the Comprehensive Assessment of the Antarctic Environment. The program is implemented through a series of surveys and assessments, involving various disciplines. In addition, China continues to conduct routine observations at the Great Wall Station (WAP CHN-Ø1)and the Zhongshan Station (WAP CHN-Ø2). To strengthen international cooperation in Antarctic research, international participants are encouraged to join in the Program through collaboration with national institutes and universities. Notably, China has been preparing to launch its fifth Antarctic research station, which is expected to be finalized by 2022. 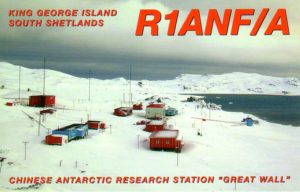 China have a lot of nice Ham radio operators and now China have 4 Scientific Stations in Antarctica; let’s hope to hear shortly some Chinese callsigns calling CQ from Antarctica!

So far the only operations from 2 of the 4 bases, have been put on the air by Russian operators: 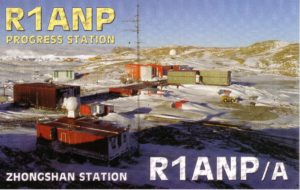 R1ANF/A from Great Wall Station (WAP CHN-Ø1) on last September 1999 and R1ANP/A from Zhongshan Station (WAP CHN-Ø2) on last October 2010, so we are missing some real Chinese Hams operating HF some days to give the Antarctic chasers a chance to put them on the log! In addition Kunlun Station and Taishan Camp are brand two  new ones!