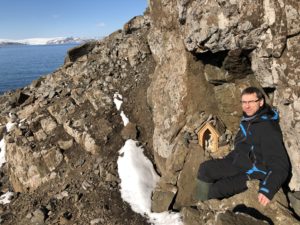 A small  Czech chapel has been placed on Febr. 21, 2019 at 62°14,784′ South, 58°58,891′ West  in Antarctica during an expedition to the ECO Nelson Base in the South Shetlands on the Nelson Island as already reported on Nov. 22-2019 (http://www.waponline.it/new-chapel-at-eco-nelson-station-wap-cze-o1/).
Eco Nelson Base (WAP CZE-Ø1), will be renamed in the future. Actually it is under the protection of Ministry of Foreign Affairs,  owned and administered by the Czech Antarctic Foundation. 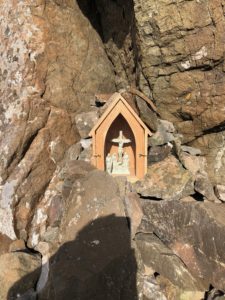 The Chapel  -as told WAP by its builder Prof. Ladislav Janíček– was born from an initiative of himself (Prof. Ladislav Janíček in the pic above) with  the support of his “Antarctic” colleagues and friends, in particular Dušan Jamný, a Chairman of the Governing Board and actually a Founder of the Czech Antarctic Foundation, as a sort of thanks giving.

The building process of the Chapel,  from the beginning till its final placement, was supported by many friends but, at least shortly I would like to mention Dušan Jamný, Zdeněk Musil (picture below) and Pavel Kapler, who helped a lot on site to find the appropriate safe place and work on it. The assembling of the chapel body was done by Michal Janeček and the interior statues inside are by Tomáš Medek, Jiří Pec and Milan Houser. 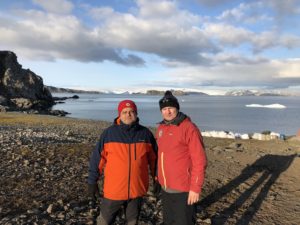 -There is an hidden content in a capsule put inside the Chapel:  ethos and message, was designed and made by myself-  said  Ladislav Janíček -as my personal thanks giving-.

The time capsule contains:
– St. Wenceslaus choral and Agnus Dei Choral: both compositions are documented by the notes and recording. I wrote them and recorded with the support of Vox Iuvenalis choir (40 voices)
– St. Agnes Ode and St. Ludmila Ode, which I wrote to celebrate
– Graduale – celebrating values of the brotherhood of people in the community and all those who wants to open their hearts for peace and good as well as for others
– Two other my orchestral compositions: St. Wenceslaus Ode and St. Ladislaus Ode

The Chapel is though devoted to the Czech saints who are part of our history: St. Wenceslaus, St. Ludmila and St. Agnes of Bohemia. They come from the royal house of Přemysl, which ruled in the Czech lands from the beginnings of the Bohemia till 1306. St. Wenceslaus is one the first Czech saints and he was a duke of Bohemia assassinated in year 928. St. Ludmila was grandmother of St. Wenceslaus. She was a spouse of the first baptised duke of Bohemia of the Premysl house, Bořivoj I. She was assassinated in 921. Agnes of Bohemia was sister of the king Wenceslaus I and after her resignation on becoming a spouse of the Roman emperor she became a prioress of convent and played an important role for the Czech kingdom after the death of Přemysl Otakar II in 1278 at the battle on the Moravian Field, when the Czech lands were occupied and plundered; his successor, later king Wenceslaus II, was imprisoned. She died in 1281; was canonized in 1989 and became a symbol of the liberation.
Czech Antarctic  Foundation was established to support the Czech Antarctic research, but also to promote the Antartic research worldwide. 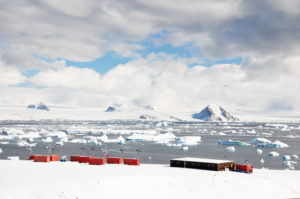 It means the base is available also for everyone who might be interested to stay there and conduct research activities. The Czech Antarctic Foundation also plans to upgrade the base infrastructure and build a more sophisticated station and its necessary infrastructure.

In an interview for WAP,  Prof. Ladislav Janíček , explains that Dr. Dušan Jamný is the engine of the Foundation activities and also a director of Czechoslovak Ocean Shipping, which provide a complex logistic support of the Czech Antarctic program including the transport. The honorary president of the Foundation is Pavel Prošek, the founder of the first Czech scientific Station in Antarctica, the Johann Gregor Mendel Base  (WAP CZE-NEW pic aside)  on James Ross Island, managed by Masaryk University.
TNX Prof. Ladislav Janíček